In order for a child to be conceived, eggs, sperm and timing are needed, regardless of whether the conception takes place through sexual intercourse or with the help of assisted reproduction. Good lifestyle habits can also be significant for fertility.

A woman is born with approximately one million eggs. Only a fraction of these mature into fertilizable eggs, the rest regress.

After around the age of 35, the eggs are considerably fewer and as a rule, of lower quality. Ovulation does not take place as regularly as before. Once there are no more eggs, menopause occurs. The average age for this is 52.

The sperm is formed in the testicles during puberty and can be produced throughout a person’s life. It takes 10 weeks for a sperm to develop into a mature sperm. Smoking, alcohol and drugs, being overweight, medications, high temperatures and other environmental factors can influence the amount and quality of the sperm.

Fertilization inside the female body takes place in the fallopian tubes where the egg and sperm meet and fuse together. It takes around one week for the fertilized egg to make it to the uterus where it attaches and starts to grow.

During ovulation, a mature egg is released from the ovary and is picked up by the fallopian tube and then it slowly moves through the fallopian tube towards the uterus. The days in a menstrual cycle when sexual intercourse can result in pregnancy are called “the fertile window.” If the egg is not fertilized, the woman will begin menstruation around 14 days after ovulation. This bleeding normally lasts between 3 and 6 days. If menstruation is irregular, it might be more difficult to identify “the fertile window.”

If someone wants to get pregnant, it is good to have sexual intercourse roughly every other day after menstruation and up until ovulation. To calculate your ovulation time, you should first find out how long the menstrual cycle is and if it is regular. The time that may vary between women is the time from the first day of menstruation until ovulation itself. As a rule, the second half of the menstrual cycle is 14 days for all women. 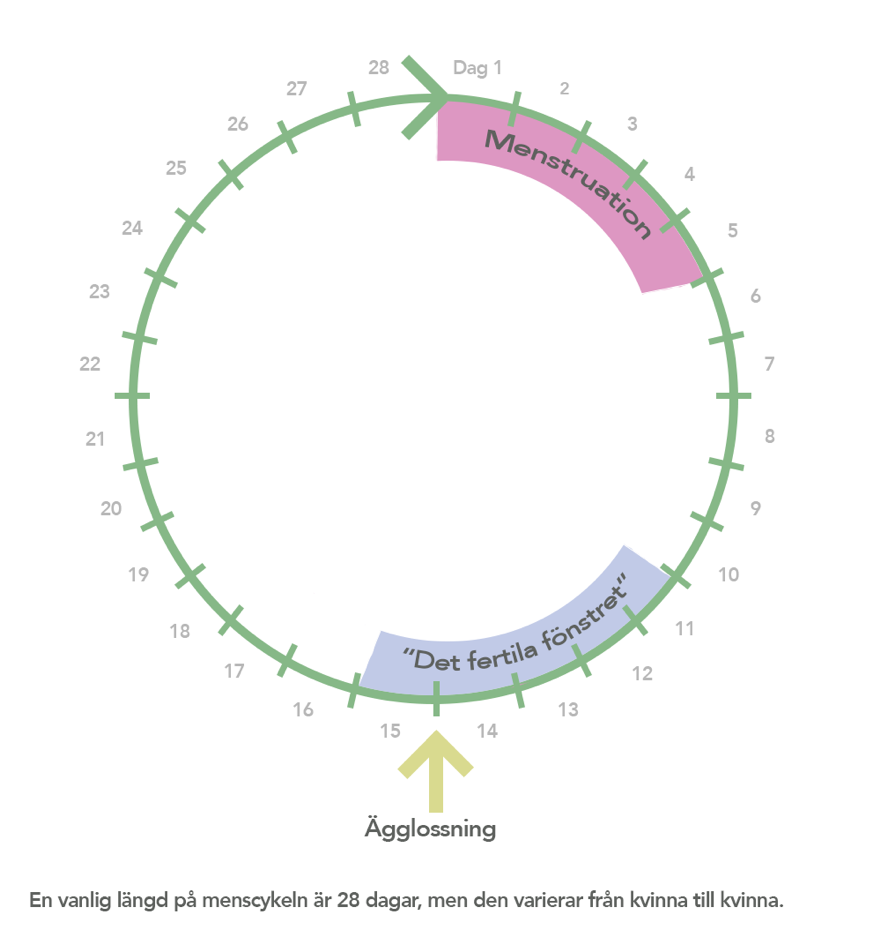